As a kid, I actually loved eating vegetables. I certainly believe that I was meant to be a veghead ever since I was young because whenever my parents served us dinner, I was the one that would always eat all of my veggies and leave the meat on my plate.

However, there was one vegetable dish I hated the most and it was frequently served at my grandparents’ place at almost every dinner: boiled brussels sprouts. Yuck. I absolutely dreaded eating those gross green balls of mush. As I got older, I was able to avoid eating them altogether.

They say your tastes change as you get older, and I did grow to enjoy foods I didn’t like before (mushrooms were a big one for me), but something about brussels sprouts just didn’t appeal to me. I think it was the mushy texture and just the smell of them that was still off-putting. 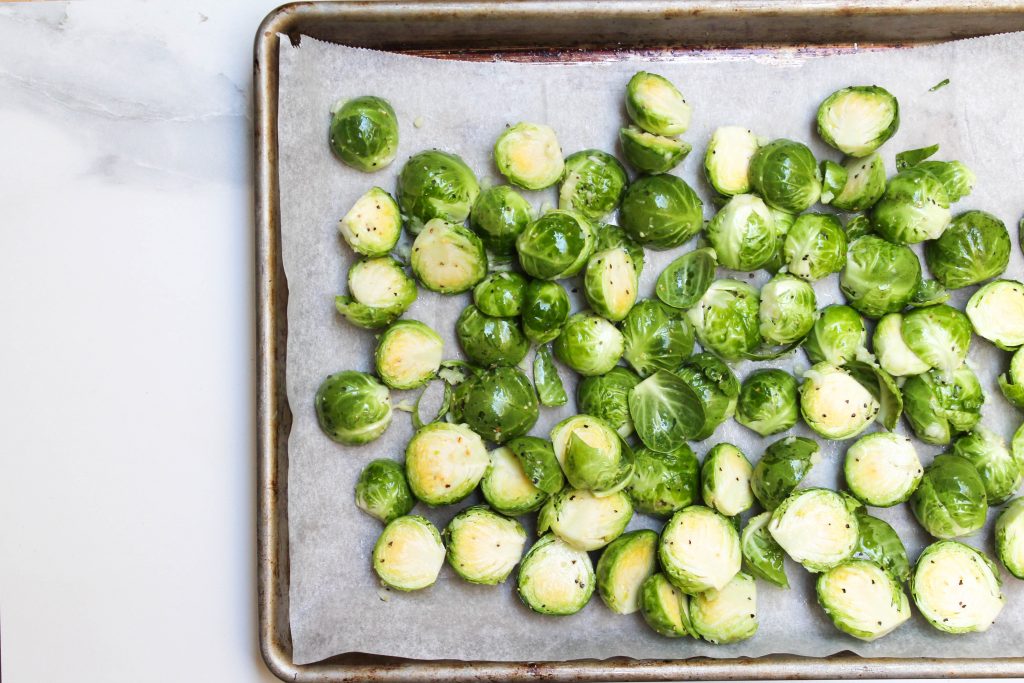 I think the first time I ate brussels sprouts again and actually enjoyed them was at another family dinner. This time, it was my mom who cooked them, and she’s one heck of a cook! Unlike the traditional, old-school style of boiled brussels sprouts, my mother fried them up nice and crispy, with lots of garlic, lemon, and parmesan cheese. I tried them and it was completely unlike what I had eaten as a child. They had a nice crunch to them, and the slightly bitter taste of the brussels sprouts was masked by the lemon and garlic seasonings. I also really loved the cheesy flavour they had, and the garlic made them smell amazing.

It was official: I no longer hated brussels sprouts. 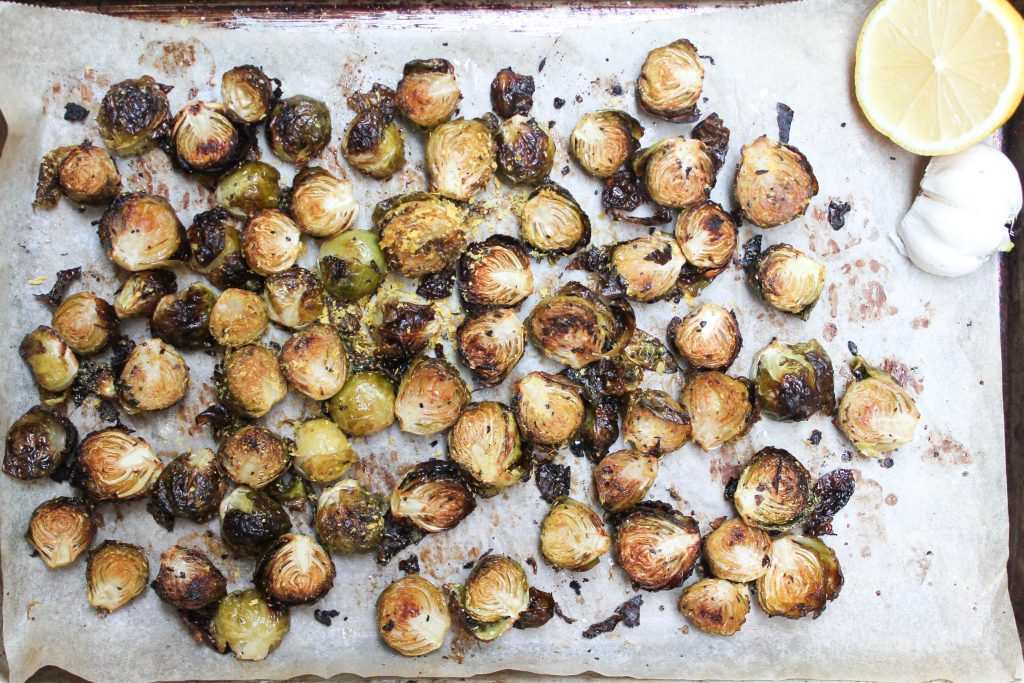 This recipe was inspired by my mother’s recipe and also a dish that my cousin and I had at a swanky New Orleans restaurant. However, I have made a few modifications to make this dish a little bit healthier. Instead of parmesan cheese, I have veganized the recipe by using nutritional yeast as a cheesy substitute. Also, instead of frying the brussels sprouts in a ton of oil to get those crisp outer shells, I decided to bake them in the oven on high heat, until they turned golden brown and crispy on all sides.

The result? Incredibly tasty, and a dish that most brussels sprouts haters might actually enjoy. Try it and let me know what you think! 🙂 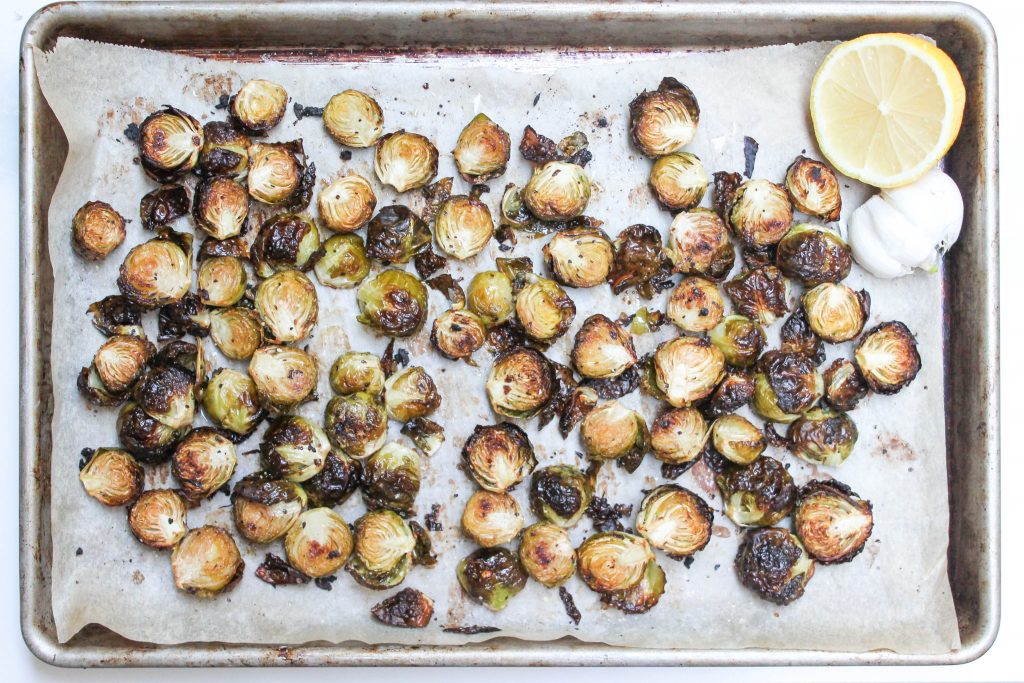 Wow these look delicious and I can’t wait to make them! Thank you Sera for sharing 🙂

Aw, thank you very much for the kind words, Chelsea! 🙂 Hope you like them. XO