Swap your morning coffee or tea for golden milk and your body will thank you this winter.

What is this yellow-orange concoction, you may ask?

The turmeric tea latte, or “golden milk” as some people call it, consists of hot plant-based milk mixed with turmeric powder and other spices, like ginger or cinnamon.

The healing benefits of turmeric in this tea include:

This recipe also contains cinnamon, which: 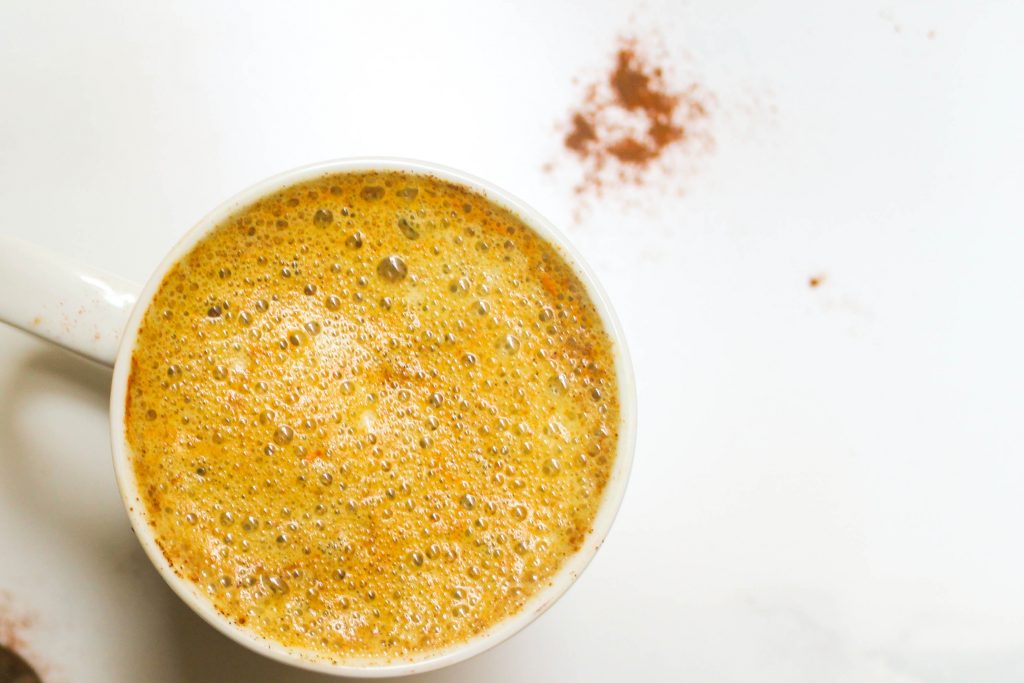 When mixed well, the flavour of this tea is similar to a chai latte. I have to admit that although I’d rather have an earl grey tea latte when it comes to hot drinks, the benefits of this turmeric latte outweigh the overall taste of it. Plus, you can experiment with the amount of turmeric you use, add more cinnamon and maple syrup to cut the taste and make it more sweet, or even add pumpkin spices to make this latte more enjoyable.

Here’s to optimal health this winter – I’ll drink to that!

Gorgeous photos! I am a huge fan of turmeric. Used your recipe and loved it. Thanks!

Glad you enjoyed it! 🙂