Protein-packed almond butter is the secret to the creaminess of this smoothie.

The best part about summer – besides the endless sunshine, of course – is when all of the berries are in season!

I can’t get enough of these BC blueberries: they’re the perfect combination of sweet and tart. Blueberries in general are among the most nutrient-dense variety of berries you can eat. They are rich in antioxidants, fibre, and vitamin C and K. The high antioxidant properties in blueberries help fight free radicals that can cause damage to our DNA as we age, which means blueberries may even help protect against cancer. Other added benefits of blueberries include the improvement of cognitive functioning and memory, plus an energy boost to get you started for the day. 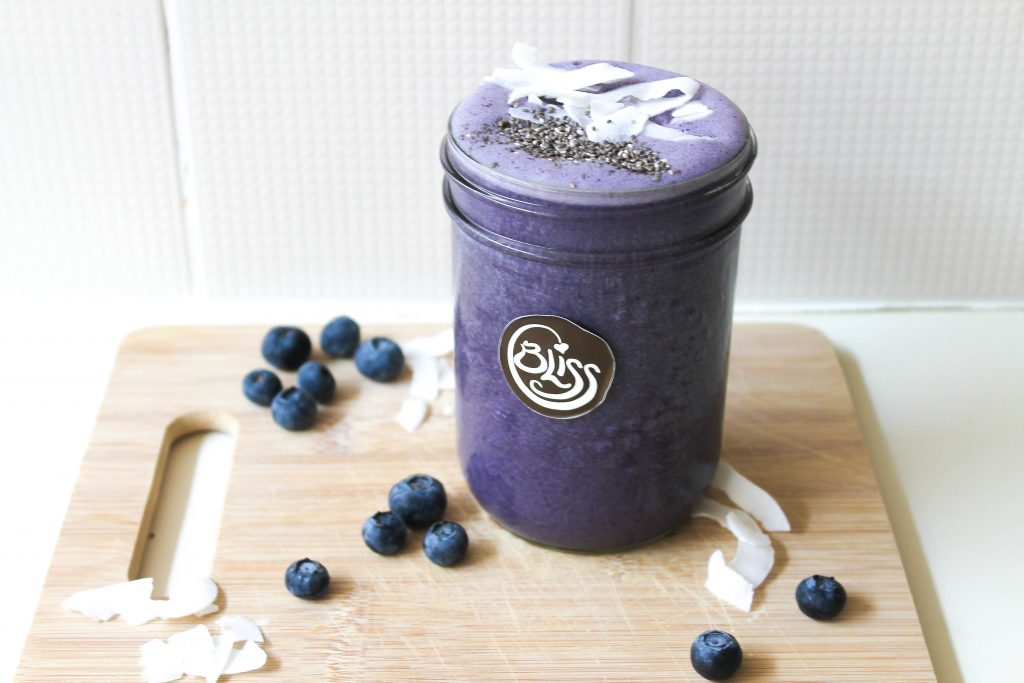 This simple vegan smoothie is jam-packed with blueberries and plant-based hemp protein and almond butter, which adds healthy fats and creaminess to make it tasty and nutritious. I absolutely LOVE the combination of almond butter to any berry smoothie – it’s a complete game changer. I strayed from combining fruits with nut butter because I thought the nutty taste would overpower the fruit flavour. After some experimentation, I soon learned that almond butter – unlike peanut butter – complements blueberries quite well, due to its creamy texture and subtle, nutty taste. 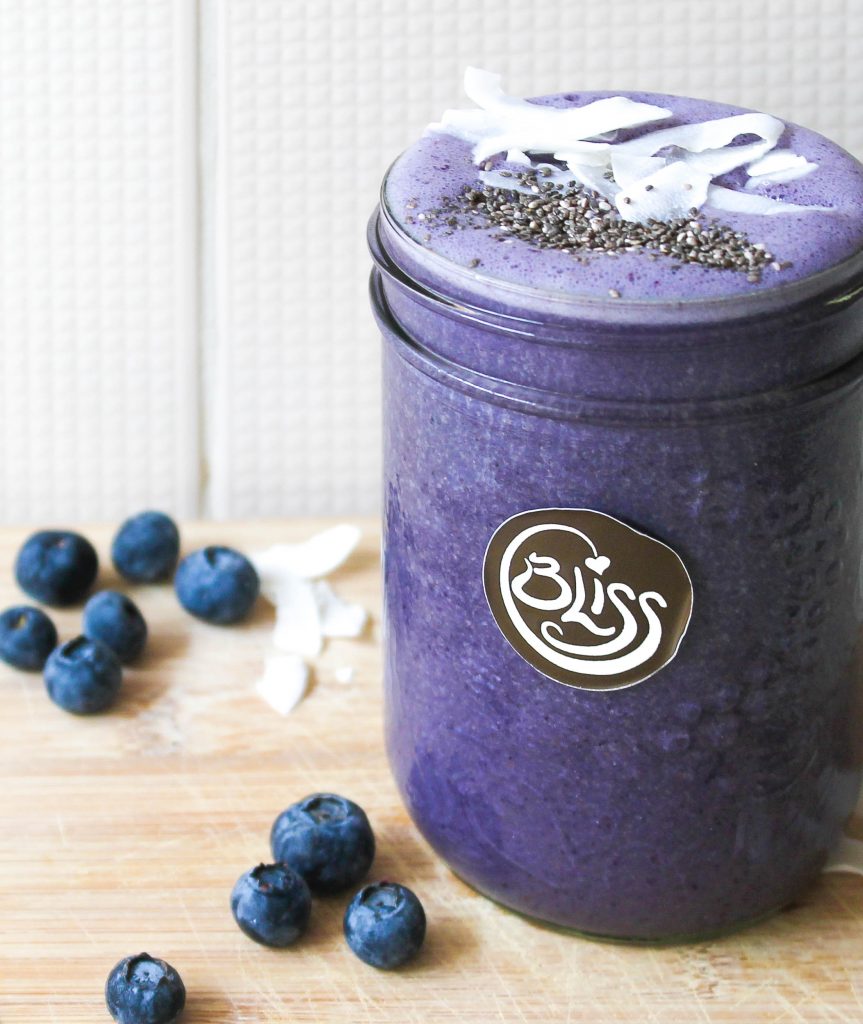 If you’re still on the fence, try a teaspoon of almond butter with a sprinkle of blueberries – you can thank me later.

1 cup frozen blueberries
1 tbsp of almond butter
1 cup Silk Unsweetened Almond Milk (or alternative plant milk)
½ scoop of hemp protein powder and veggie greens powder (optional) Note: Omitting the powders will affect sweetness as the veggie greens is naturally sweetened. Can sub 1 frozen banana if you like it on the sweeter side!